Everyone has his/her own fears.  Like the song says “I’m only human after all”. But some of us even have real phobias like fear of the dark, phobias of large areas (agoraphobia), small areas (claustrophobia), mice, rats, other small animals and last but not least … insects and arachnids!

Well, one of my phobias are … spiders! Yes, you heard right. I suffer from arachnophobia. Not sure how I developed this fear as I’ve never been bitten by a spider. Nevertheless it’s real although not in the most severe form (I would say on a scale from 1 to 10 it used to be 7-8). Obviously the bigger the spider the more I get scared!

The fear is at its maximum when I bump into a spider web although it might be deserted and the mighty arachnid might have long gone somewhere else (or maybe it had even died). And I haven’t even seen a truly large spider like the ones that live on warmer continents like Africa or Australia. Frankly speaking the European spiders are relatively small compared to their tropical relatives.

On the other hand I’m very passionate about insect photography. And even if spiders are not insects (they are arachnids which is a different branch), from a photographic point of view they can be placed in the same category. It’s still macro (well, let’s say for the ordinary European spiders, for the bigger ones an ordinary telephoto lens might be sufficient! 🙂 )

So why not take photos with them? But for this I would have to get closer, wouldn’t I? Well so be it! So I got closer and closer. And I discovered that they are fascinating creatures, which really deserve being captured on the digital sensor. I cannot say the phobia disappeared but part of it was certainly replaced by curiosity, by a desire to get more knowledge about this small world. And indeed I discovered some interesting things. I learned about the jumping spider (second photo below). I also learned about the forest spider. In spring one can see thousands of them in the woods wandering through fallen leaves. They are very fast and get easily scared by human presence (not quite easy to capture some clean shots of them). The flower spider is another interesting example. It’s easier to photograph as it patiently waits in the flower for its prey (does not have a web but sits camouflaged, usually having the same color as the flower). However I need to wait until May to get some good pictures of it. In post https://callofnatureblog.wordpress.com/2016/07/15/insects-9/ you will find 2 photos taken last year (the white one is the female while the brown smaller one is the male).

To conclude, photography helped me look at these wonderful creatures with completely different eyes. I even started learning more about them (for example I learned about sexual dimorphism – the female is usually larger than the male). As mentioned above I didn’t get completely cured of the phobia, but it certainly lowered the rank and I got to like these beings much more than I used to before.

Can’t wait for the next shooting session!

PS. Yesterday I took a small spider in my hand and threw it out of the house on the window. Until then I refused to think I was able to touch spiders. It seems I am… 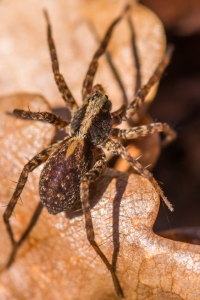 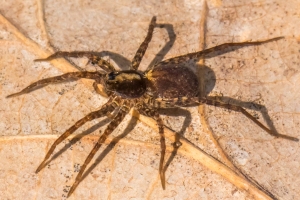